What is Christianity Explored?

Christianity Explored is an 8-week journey that offers you time and space to think about life’s biggest questions. Throughout the 8 weeks you will discover more about the life of the person at the heart of the Christian faith: Jesus Christ.

What happens at Christianity Explored?

You will have the opportunity to ask questions or just sit and listen to others. You are able to participate as much or as little as you’d like and you will never be asked to pray, sing or read aloud. You also don’t need to know anything about the Bible to participate!
I would like toLearn More about Christianity Explored

True to its name, Discover Redemption is a great way to begin to discover more about what makes us distinct - our identity, our culture, and our mission. You’ll get a chance to meet some of our key leaders, and have any questions you have about our church answered. We welcome your whole family!
I would like toSign Up for Discover Redemption

Fundamentals of the Faith

What is Fundamentals of the Faith?

Fundamentals of the Faith is an 8-week group that blends basic biblical truths with personal obedience and service. If you are either a new Christian or one who would like the opportunity to interact with the foundational teachings of Christianity, then this group is for you. We will cover topics such as: How to Know the Bible, The Church: Fellowship and Worship, Spiritual Gifts, Evangelism and the Believer, and more!
I would like toLearn More About Fundamentals of the Faith 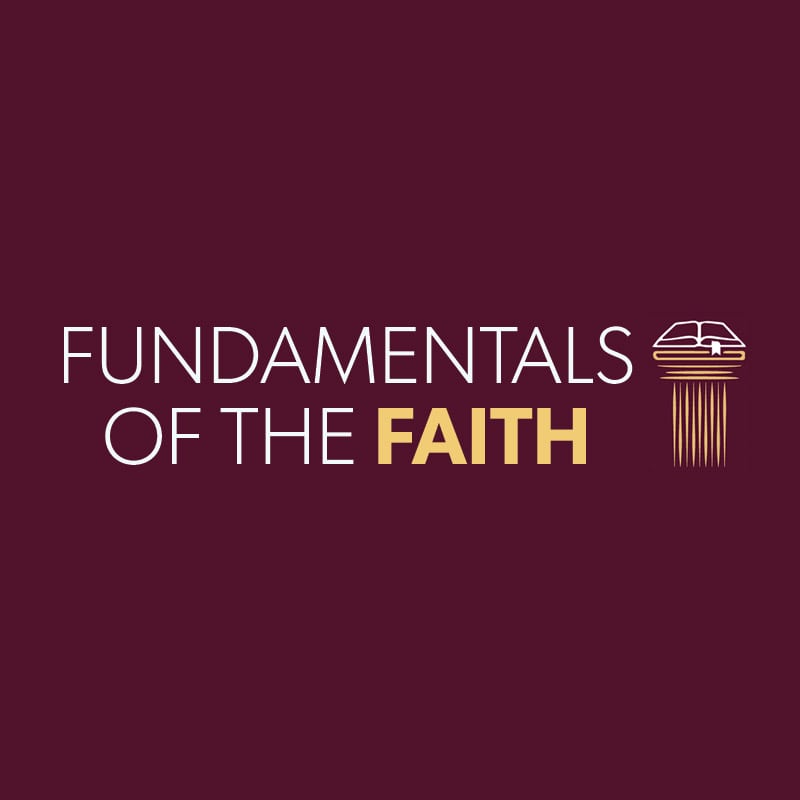 If you’ve not been baptized since placing your faith in Jesus for forgiveness of sins, the Word of God says that this is the initial act in a life of worship.

What We Believe About Baptism:

The Lord’s Command: “Go therefore and make disciples of all nations, baptizing them in the name of the Father and of the Son and of the Holy Spirit, teaching them to observe all that I have commanded you. And behold, I am with you always, to the end of the age.” (Matthew 28:19-20). Jesus’ word is sufficient warrant for the baptism of believers.

The Practice of the Early Church: This reveals the application of the Lord’s words by those who heard Him speak. We read concerning the converts on the Day of Pentecost: “So those who received his word were baptized, and there were added that day about three thousand souls.” (Acts 2:41). Additional examples of apostolic practice include Acts 8:33-38; 10:44-48; 16:31-33; and 18:8.

Disciples –Christians are commanded to “make disciples of all nations, baptizing them.” (Matthew 28:19 ).

Believers –“those who received his word were baptized” (Acts 2:41 ). The eunuch confessed his faith in Jesus Christ as the Son of God, and Philip baptized him (Acts 8:30-28). The jailer at Philippi “was baptized at once, he and all his family… he rejoiced along with his entire household that he had believed in God.” (Acts 16:33-34 ).

Receivers of the Holy Spirit –While Peter was preaching to Cornelius, “the Holy Spirit fell on all who heard the word. And the believers from among the circumcised who had come with Peter were amazed, because the gift of the Holy Spirit was poured out even on the Gentiles. For they were hearing them speaking in tongues and extolling God. Then Peter declared, “Can anyone withhold water for baptizing these people, who have received the Holy Spirit just as we have?” And he commanded them to be baptized in the name of Jesus Christ” (Acts 10:44-48 ).

Note: We conclude that baptism is limited to disciples, believers, or those who have received the Holy Spirit. These different designations refer to the same people –namely, Christians. Therefore, all who were baptized before conversion must be baptized again, since baptism is a post-conversion act of obedience.

Identification with Christ –This identification is with His death, burial and resurrection. Paul asked, “Do you not know that all of us who have been baptized into Christ Jesus were baptized into his death? We were buried therefore with him by baptism into death, in order that, just as Christ was raised from the dead by the glory of the Father, we too might walk in newness of life.” (Romans 6:3-4).

Identification with the Church –“So those who received his word were baptized, and there were added that day about three thousand souls.” (Acts 2:41).

The Meaning – The meaning of baptize is “to completely immerse something.” It is evident that submerging one in the water and lifting him from it should be the method of baptism, as it gives the most vivid picture of salvation (Romans 6:3-4).

Please contact our office at info@redemptiondurham.ca to inquire of our next baptism service.

If you desire to make Redemption your home, where you’re connected with others who are abiding in Christ, connecting in the Church, and reaching the Community, join with us in making a formal commitment.

And God says that believers belong together (Hebrews 10:23–25). I believe that God wants me here with the people of Redemption Church at this time in my walk with Christ, and I want to make a public declaration that I am committed to God’s work through this church.

I affirm, believe and support the teaching of this church.

And God says the believers had all things in common including devotion to the Apostles’ teaching (Acts 2:42–47). I desire to associate with people of like mind and conviction and embrace the authority of God’s Word in my life and the life of the church.

And God says that believers are to be committed to one another for the sake of spiritual impact (Ephesians 4:16). I believe that Jesus has work to do in the Durham Region and around the world, and I am willing to join with others who have the same vision to see that it gets done.

I accept responsibility for a group of fellow believers in the family of God.

And that is God’s plan as well (Galatians 6:1–2, 10). I want to be part of a caring network of people, sharing one another’s joys and sorrows, and helping one another grow through worship, Bible study and fellowship.

I am accountable to mature brothers and sisters in Christ for my walk with God.

And God warns against spiritual autonomy (Hebrews 13:17, Matthew 18:15–20). I want to receive the guidance, equipping, and assistance necessary to remain on target and I do not want to go it alone in standing for Jesus Christ.

I accept responsibility for how things are done here.

And God says that is how it should be (1 Corinthians 12:20–27). Elders, deacons, and other church leaders are called from within and serve the congregation. I believe every member needs to contribute their unique gifting and passion to contribute to a healthy body.

The effectiveness of our joining together will be determined by the level of the commitment I make. In a society where so few make commitments and fewer still keep them, Redemption Church is seeking people who are determined to know the joy Christ intended for His body, the Church.

Disciples Striving Together Toward Maturity

God’s word tells us that we are to walk with Christ in community. Therefore, the purpose of Small Groups is to minister to and encourage one another in our walk with Him. We like to think of our Small Groups as disciples striving together toward maturity…
A typical small group meeting consists of times of praise and prayer, Bible-based discussion, and mutual accountability (men with men, women with women). Meetings are approximately two hours in length and are usually held from 7 to 9pm.
Small Groups meet weekly, usually three times per month. We have groups meeting on various days of the week across the Durham Region.
Small Groups belong to the adult ministry here at Redemption. We kindly discourage the attendance of children to our groups, not only because of the distraction for the participants but largely because of the distraction for the parents.
I would like toJoin a Small Group

Serving In The Church

The Apostle Paul commands the body of Christ to “serve one another” through love (Galatians 5:13). When we work for Christ by putting to good use the gifts and abilities He’s given us, He is glorified as we look more and more like Him for the good of others…

For even the Son of Man came not to be served but to serve, and to give his life as a ransom for many (Mark 10:45)

Opportunities abound for us to serve the Lord at Redemption Church. Consider where you could work for Christ on Sunday morning: